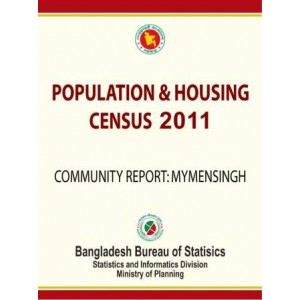 Bangladesh Bureau of Statistics (BBS) had conducted the fifth Population and Housing Census 2011 during the period of March 15-19, 2011 starting at the zero hour of 15 March, 2011. It may be mentioned that Population Census is considered as the only recognized and reliable data source along the globe on size, spatial distribution and all basic characteristics of population from national level down to village level. The publication of community reports for each zila is undertaken on the basis of census results to meet the demand of community level data and information for local level planning and policy making. Mymensingh Zila Community Report is one of the 64 Community Reports of the country. The census results for each upazila by union, ward, mahalla, mauza and village are furnished in the community report of Mymensingh Zila in order to facilitate the users at various levels. Two sections of the report namely, "At a Glance" and an "Analytical Findings" will be of special advantage to the users as the summary findings have been furnished in these sections. I believe that the data presented in this report will provide a benchmark database to policy makers, planners, researchers, administrators, development partners and other agencies for formulating and implementing their plans and programs for overall development. I also believe that this report will be helpful for all users both at home and abroad.

Do you have any questions about Bangladesh Population and Housing Census 2011, Community Report: Mymensingh?