Rashid Askari has emerged as a writer in the mid-nineties of the last century, and has, by now, written half a dozen books, and quire a large number of research articles, essays, and newspaper columns in Bengli and English. His two Bengali books : Indo-English Literature and Others (Dhaka-1990) and Postmodern Literary and Criminal Theory (Dhaka-2002) deserve special mention. He also writes short fictions in Bengli and English. His first short-story book in Bengali Today's Folktale was published in 1997. Another short-story book in English is awaiting publication. Currently, he is working on an English fiction. Rashid Askari is an open-minded and free thinking author. He does not see things through any fixed ideological glass. Close and careful observation, compelling arguments, smart and scholarly analysis, and high linguistic elegance are the hallmarks of his writing. He is craftsman of the written word, and has developed an excellent command of the King's English. There always remains a scattering of literary devices in his writing, which adds extra spice to his style. 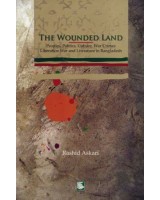 In our so-called global village, we are perhaps, going through the hardest times. The whole human si..
U$20.00
Add to Cart
Add to Wish List
Add to Compare 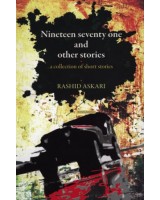 Nineteen seventy one and other stories: a collection of short stories

Rashid Askari is one of the promising story-tellers of our time and an emerging talent to Bangladesh..
Showing 1 to 2 of 2 (1 Pages)