Kaiser Haq was born in Dhaka, Bangladesh and educated at the universities of Dhaka and Warwick, where he was a Commonwealth Scholar. He has been a Senior Fulbright Scholar and Vilas Fellow at the University of Wisconsin, Milwaukee; a Royal Literary Fund Fellow at \ SOAS, London University, and Cafe Poet at the Poetry Cafe of the Poetry Society London, He has so far published seven volumes of poetry, most recently Published in the Streets of Dhaka: Collected Poem, three translated volumes; and three edited volumes. A selection of his poems translated into Oriya was published in 2010 by the Arya Vedanta Press, Bhubaneswar. He fought in the Bangladesh independence war as a Company Commander. Haq is a professor of English at Dhaka University, where has been teaching since 1975, and is currently on a visiting appointment at the University of Liberal Arts Bangladesh (ULAB). He lives in Dhaka with his wife and daughter. He is a life member of the Asiatic Society of Bangladesh and the Association of Literary Scholars and Critics (USA). 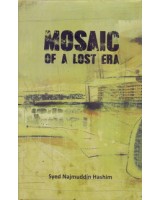 Mosaic of a Lost Era

This volume brings together for the first time the best examples of English writing by Najmuddin H..
U$180.00
Add to Cart
Add to Wish List
Add to Compare 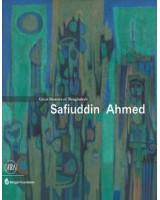 The first volume in this series dedicated to the great artists of Bangladesh, previously unknow..
U$25.00
Add to Cart
Add to Wish List
Add to Compare 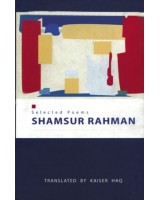 Shamsur Rahman was described as “the greatest Bengali poet of his generation” in the Guardian (L..
Showing 1 to 3 of 3 (1 Pages)