0 item(s) - U$0.00
Your shopping cart is empty!
Categories
Home » text_brand » Adorn Publications » From Language to Civilization 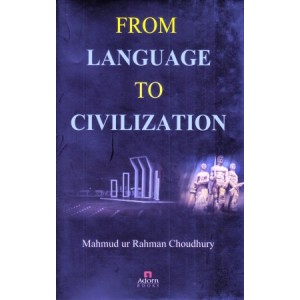 From Language to Civilization

From Language to Civilization is a book about Bangladesh. Mainly the book has been focused on its history, culture, and politics. The book is divided into three parts-first part deals with history of Bangladesh and its people, their language, religion; second part reflects mainly political geography or geopolitics of Bangladesh; and third is about our national goal and political destiny of Bangladesh. The well-written book is not a research work for academicians, but for general readers. Mahmud ur Rahman Choudhury: (25th January 1955) was born in Sylhet. Commissioned as an officer in the Corps of Artillery on 29 November 1976, he served for 25 years in the Army, retiring on 30 December 2000. For a time from July 2007 to May 2009, he worked as an Editor of the English language daily, The Bangladesh Today. Mahmud ur Rahman Choudhury is a regular contributor to the Bangladesh Defence Journal, writing on the history and politics of Bangladesh besides articles of purely professional military interest. Since the last few years, Mahmud ur Rahman Choudhury has also contributed a great profusion of articles and columns to various English language newspapers including the Bangladesh Today and the Bangladesh Financial Express on a variety of topics and subjects.

Do you have any questions about From Language to Civilization?